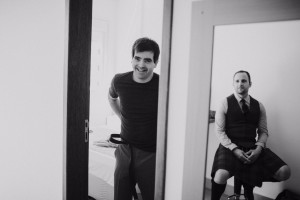 On the 27th of February 2016, one of my best friends from Extremadura in Spain, got married in Brazil. He had met a lovely Brazilian girl on holiday, some three years prior. They had kept in touch and often jumped across the pond (the Atlantic Ocean) to meet up, so as to keep the flame burning.

I admire my friend’s bravery in leaving everything behind, both his friends and family in order to start a new life in another continent where he wouldn’t have neither a job nor a work permit. Thankfully during my visit, I was able to witness that his fiancée/wife, along with their circle of friends, were taking good care of him. 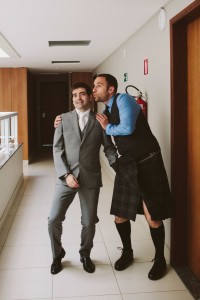 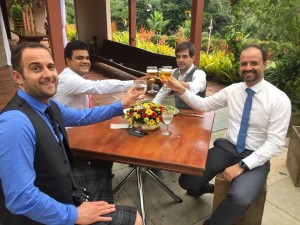 Brazil is a colourful, vibrant country, full of potential and resources but according to the local people, in the wrong political hands, as is too often the case. The region I went to is called Minas Gerais, to such places as Viscosa, Oro Preito and one of its major cities Bello Horizonte.

The food at the wedding was incredible, especially the desserts and the bride and groom looked fabulous. I am now hoping that my friend will return to his hometown of Don Benito to bring up their future child so that I can carry out my Godfatherly duties.